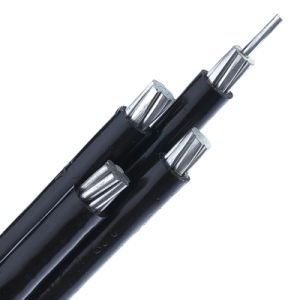 Technology management is a comprehensive and necessary action of a company. In the air bunched conductor industry, technology is manage the action of air bunched cable researching, production and usage. In general, aerial aerial bundled cable is designed, then the worker produce the products from aerial bunched cable specification. In the process of production, it needs management to achieve the best production. As a great aerial cable manufacturers, Huadong Cable Group has the rigid management, we can prove our aerial bunched cable are 100% qualified. Send the inquiry, you can get the producing and testing video.  Email: sales@huadongabccable.com

There are several problems in producing aerial bunched cable. Firstly, in the aerial bundled conductor industry, so many new workers contribute to the weak technology power of the workshop. Huadong Cable Group is an aerial bunched cables manufacturer with long producing experience. The workers are the skilled staffs. They are not only familiar with knowledgeable of aerial bunched conductor and basic mechanical electrical basic knowledge, but also can masterly handle the air bunched conductor production line and equipment. You can come and visit our factory to see the operating process. Leave your message, we will send you our specific address.  Email: sales@huadongabccable.com

Secondly, enterprise’s process management system is not implemented. Sometimes, the plant doesn’t produce the aerial bundled cable according to the design, standards and process, or doesn’t pay more attention to the Equipment cleaning, lubrication and inspection. In the Huadong Cable Group, the worker need inspect the machine before producing the aerial bunched cable. In the process of producing aerial bundled conductor, the worker focus on the production. If it occurs some problems, the work can handle the problem instantly. So you can get rest to send the inquiry, we will service for you as good as our quality.  Email: sales@huadongabccable.com

Thirdly, the lack of technology process innovation is also a big problem in producing aerial bunched conductor. Technology is the first productive force. If an company doesn’t pay more attention to the researching and innovation of technology, the issues existing in old producing system will never be solved. Huadong Cable Group integrated in air bunched conductor producing, researching and development. It has its own research department, can improve the technology process gradually. You can come and visit our factory, leave your message, we will send you the address.  Email: sales@huadongabccable.com

Fourthly, the operator and technicians doesn’t have enough knowledge input. The information can’t be shared among the companies. There are so many companies to produce the aerial bundled cable, so it exist very fierce competition. Some companies do not want to share advanced technology. Huadong Cable Group has its own website, there are some news about the huadong cable technology. The workers will study the new information about aerial bunched conductor. Studying is the best way to make progress. As an aerial bundled cable manufacturers, Huadong Cable is your right choice. In aerial bunched cable price list, huadong cable can provide a competitive aerial cable price.  Email: sales@huadongabccable.com

The handling of the insulated material

As we all know, the insulated materials of aerial aerial bundled conductor are mainly PVC, PE and XLPE. During handle these materials, excessive water and Solid impurities should be removed, and evenly mix some plastic and mixture.  Email: sales@huadongabccable.com

The feedback of the customers

If you want to know more information, please leave your message, we will contact you within 24 hours.

Our advantage: Huadong cable group is a one of professional cable & wire factory in China,mainly production and sales cable, it located in the industrial zone in Zhengzhou, it has rich aluminum resources in the word, high quality and competitive price.  Email: sales@huadongabccable.com

1.what is our payment term ?
Our payment term is usually T/T 30% in advanced, the balance before picking up the goods or L/C at sight.
2.what is the lead time ?
The lead time usually is 10 – 30 working days.
3.what is the package of the cable ?
The package is usually wooden drum or steel wooden drum or coil.also according to customer’s requirment.
4.Could we provide the free sample for customer ?
Sure, we provide the free sample for customer to checking.

Scroll back to top